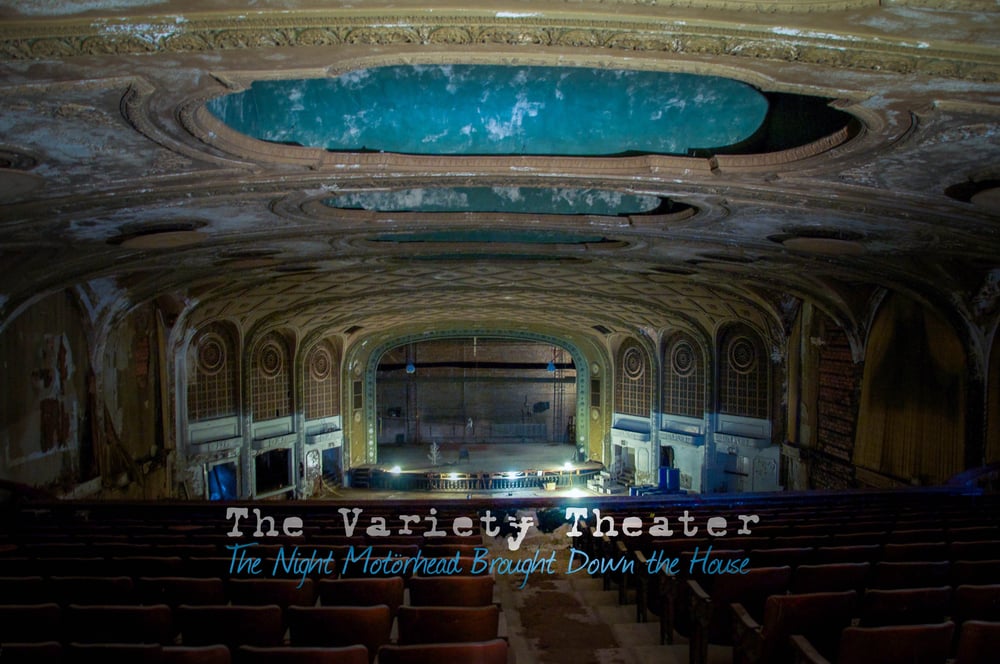 (eBook) The Variety Theater...The Night Motorhead Brought Down the House (2015)

Readable on all devices

Description: In the heart of the rock and roll capital of world lies a hidden abandoned paradise. Built in 1927, the Variety Theater was home to one of the earliest single screen movie theaters in Cleveland and would later become an iconic music venue where many now famous bands performed, including Metallica, the Dead Kennedy's, R.E.M and Motörhead. During a performance by Motörhead on December 2 1984, the music was so loud it actually cracked the theater ceiling and plaster fell down on the crowd. The power was cut off to stop the band from playing. A judge ordered the theater closed in 1986 sealing up this abandoned theater for almost 30 years